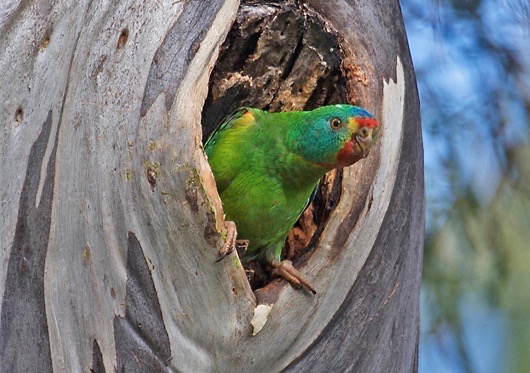 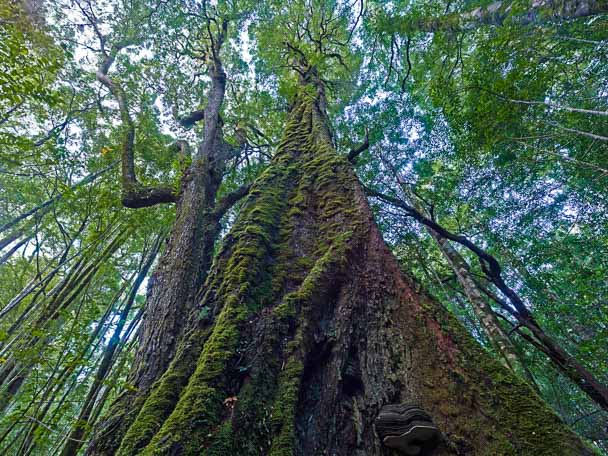 Tasmanian conservation and Aboriginal groups have condemned a lack of focus on the environment during the election campaign, and called on the major parties to use the last week to engage with long-term issues facing the state.

The groups said the environment and climate change had been largely ignored in the first four weeks of the campaign despite the state facing decisions in the years ahead that would determine if the state can maintain its reputation for being “clean and green”.

About 1000 people attended a rally on the lawns of Parliament House organised by the Bob Brown Foundation on Saturday to raise concerns about the organisation’s Jenny Weber called “the climate emergency and extinction emergency and destruction of wild places”.

Speaking to Tasmanian Inquirer earlier in the campaign, the Wilderness Society’s campaign manager, Tom Allen, said the major parties had shown no ambition on the environment and there was a “huge potential for improvement” in their platforms.

He said they lacked serious policies to deal with climate change, biodiversity loss and improving the plight of threatened species, and singled out forestry as a core environmental issue that neither party had engaged with.

“There's some fairly light environmental policies, but all the time we're continuing to log our single best climate and species protection mechanism, which is our high conservation value native forests,” Allen said.

See party and candidate environment commitments at the end of this story.

He said the future of forestry was in plantations, which had achieved global Forest Stewardship Council (FSC) certification, the international gold standard for forest management. The government-owned forestry agency Sustainable Timber Tasmania revealed in August 2020 it had failed to gain FSC certification.

Allen said while the native forestry industry depended on public subsidies and did environmental damage, plantations had the prospect of job security and much higher environmental standards and called on all parties to back a transition. “That's where the prosperity in forestry is,” he said.

Philip Cocker, a board member with Environment Tasmania, said the state lacked proper scrutiny of the salmon farming industry, which has received a “red” rating for its ecological impact from the Australian Marine Conservation Society and is the focus of a new book, Toxic, by celebrated author Richard Flanagan.

“The salmon industry is a massive polluter of some of Tasmania’s important rivers with little regulation,” said Cocker, a former campaign manager for the Tasmanian Greens. “Policies relating to it are victims of the ‘jobs at all costs’ arguments adopted by both the major political parties with little vision beyond tomorrow’s media release.”

Cocker said climate change was not being factored into major government decisions, and there was a lack of planning to protect the state against bushfires.

“Around the world, fires of ferocious intensity have burnt in places never burnt [before] and changed habitat permanently,” he said. “Much of Tasmania’s world heritage and precious places are likely to be irrevocably damaged unless we begin planning and resourcing for their protection.”

Cocker said the major parties were using a “jobs, jobs, jobs” message to falsely claim that dealing with environmental issues was an impediment to jobs and economic growth. He said the government’s platform, in particular, was “woeful”. He believed the Greens had a credible platform on environmental issues, but their messaging was not clear enough to win over voters outside what he called “the Green tribe”.

The Bob Brown Foundation’s campaign manager, Jenny Weber, told the rally environmental protection and climate action should be “on the top of the political agenda” at the election.

Speaking earlier, she called for full protection of the takayna/Tarkine region as part of the Tasmanian world heritage area and for it to be returned to its Aboriginal owners.

She said protecting intact native forests was “one of the easiest ways” to take action to mitigate the climate crisis, and said the Greens had a strong policy on the issue.

“The sad fact is, any climate action that the Liberal party and the Labor party promise, such as solar panels for communities, is actually [cancelled] out by the ongoing flattening of native forests,” Weber said.

Tasmanian Inquirer last year reported on evidence before a Senate inquiry that bureaucrats had repeatedly pressured a government-employed scientist to change his advice regarding logging the parrot’s habitat.

Weber said there had been a lack of recognition that the major issues debated during the election campaign would ultimately depend on the health of the environment and the impact of climate change, and needed to all be considered together.

‘Only chance for the environment that sustains our souls’

Nala Mansell, from the Tasmanian Aboriginal Centre, urged the rally at parliament on Saturday to push for Tasmanian land to be returned to its original owners, the palawa people of lutruwita. She said it had been Aboriginal land for at least 60,000 years, but people were incorrect when they said it was currently Aboriginal land.

“As a result of invasion, murder, rape and theft committed against my people, it is now owned by the crown. And our elected leaders in this building behind me still refuse to give it back,” she said.

Mansell said everyone living in lutruwita had a “responsibility to ensure the protection of ancient irreplaceable Aboriginal heritage”.

She said that included protecting “the world-renowned heritage sites along the west coast of Tasmania in takayna”, where there remain long-dormant plans to allow more four-wheel-drive tracks in the Arthur Pieman Conservation Area, and kunanyi/Mount Wellington, which she said was at risk of being “desecrated” by the long-proposed construction of a cable car.

“‘Short-term jobs’ is an easy catch-cry for short election cycles, but it’s the long term vision that had seen the palawa thrive,” Mansell said. “And it’s the only chance for the environment that sustains our soul.”

The Wilderness Society called on parties to commit to drop plans to privatise national parks.

Documents released under federal freedom-of-information laws just before the campaign revealed Tasmania Parks and Wildlife Service had found a proposed luxury standing camp with helicopter access on Halls Island, in Lake Malbena in the Walls of Jerusalem national park, could lead to the loss of 700 hectares of high-quality wilderness area and reduce the quality of at least 4,200 hectares. Conservationists said it called into question the policy of supporting more privately-owned tourism developments on protected public land.

“[We] support conservation and tourism working together but the current approach to tourism is that more people is better,” Allen said.

“So many people talk about Tasmania being clean, green and unspoiled, but the fact none of the main candidates for the major parties are talking about policies that connect with Tasmania being an unspoiled place is problematic.”

Lydia Hales Lydia is a freelance science journalist and a staff reporter at The Medical Republic. She studied marine biology and zoology in Townsville, then a Master of Journalism in Melbourne. She worked for several years in science communication before working in Sydney as a medical reporter, and has recently returned home to Tasmania. Her writing has appeared in Guardian Australia, ABC Online, the South China Morning Post, Cosmos and Australian Geographic, and some creative writing anthologies. She also once had a poem published on a tree.
Know more about this? Contact Lydia Hales.