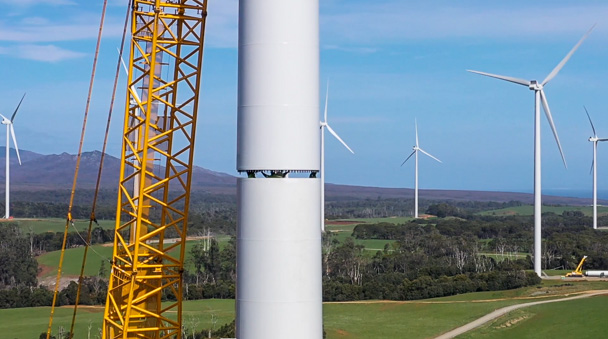 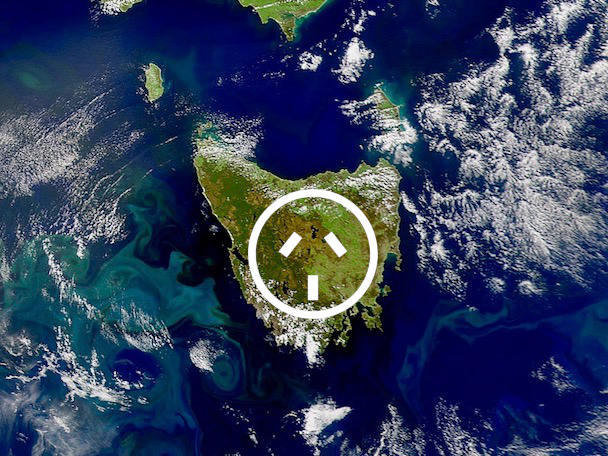 The Gutwein Government has refused to release documents showing the internal public relations advice it received before the December 2020 signing of an agreement with the federal government on major energy projects including the Marinus Link.

At issue are four documents requested by Tasmanian Inquirer under Right to Information laws, including emails between ministerial advisers and the Tasmanian government’s communications office over a draft media plan prepared by TasNetworks.

TasNetworks, the state-owned transmission utility, is proposing the construction of the $3.5 billion Marinus electricity link between northern Tasmania and Victoria.

The decision maker delegated by Gutwein to handle the request ruled emails between ministerial advisers about questions the ministers may be asked at the media conference with Prime Minister Scott Morrison should also be kept secret.

The official determined four documents were entirely exempt from disclosure under section 35 of the Right to Information Act on the grounds they were “internal deliberative information”. Two other documents – an email from Morrison’s office about the press release and the order of events at the announcement – were released with minor redactions.

“Revealing the PR strategy surrounding the announcement would risk revealing that it was deliberately designed to mislead - to create a favourable impression about the ‘bankable’ nature of the project - when the substance of the agreement revealed it was no closer to answering the question of who pays.” Christine Milne

Tasmanian Inquirer has lodged an appeal against the decision with Tasmania’s ombudsman, Richard Connock. In his annual report last year, the Ombudsman expressed concern that government agencies were increasingly refusing Right to Information requests in their entirety.

Connock recently overturned a decision by the Minister for Resources, Guy Barnett, who claimed the same section 35 exemption as part of the basis for denying the release of four ministerial briefs requested by the Labor leader, Rebecca White.

Christine Milne, spokesperson on energy for the Bob Brown Foundation, said the government’s desire to keep the documents secret reflects sensitivity over the public seeing how it wanted to foster an illusion the project was  progressing.

“Revealing the PR strategy surrounding the announcement would risk revealing that it was deliberately designed to mislead - to create a favourable impression about the ‘bankable’ nature of the project - when the substance of the agreement revealed it was no closer to answering the question of who pays,” Milne said.

The Australian Energy Market Operator released its latest outline  [Pdf] of potential new power projects in the eastern states electricity grid in July 2020. It included Marinus Link, but this was contingent on the Tasmanian government’s proposed 200 per cent Tasmanian Renewables Energy Target being legislated and the issue of cost recovery for the project being “resolved”.

The legislation on the target passed parliament in mid-November 2020, but the financing of the Marinus Link was little closer to being resolved.

Without the link, wind farms proposed by private developers, Hydro Tasmania’s plans for new hydropower projects and potential wood-fired power stations would not be viable.

Tasmania’s power utilities are struggling under high debt levels and the Victorian Government has shown no enthusiasm for the link. It means the Gutwein government is pinning its hopes on persuading Canberra to cover a significant part of the cost of the project.

The Tasmanian Department of State Growth has turned to Ronald Finlay, a Sydney-based arbitration lawyer, to work on a formal agreement with the Commonwealth government.

Finlay has previously advised the Tasmanian government on the Basslink electricity interconnector and played a raft of roles in developing infrastructure projects in NSW, Victoria and Queensland, including being a director of the NSW government-owned power utility Macquarie Generation before it was sold.

In early October 2020, the Department of State Growth awarded Finlay a short-term no-bid contract for up to $200,000 to provide “complex legal advice to inform its next steps in order to progress the Marinus Link to a final investment decision”. The contract was initially to run until March 5, but is ongoing within the original budget.

A spokesperson for the Department of State Growth confirmed Finlay provided “strategic and legal advice” on the agreement announced in December.

The agreement included a commitment to establish a special purpose company responsible and for the Commonwealth government to contribute a further $93.9 million towards the $189 million cost of the design and approvals for the project.

Ahead of the signing ceremony, the Tasmanian government began to implement its PR strategy.

The media release on the agreement contained little new information, but one document released to Tasmanian Inquirer showed it was sent to some media outlets with an embargo that allowed publication at 10:30pm the day before the press conference about the MOU.

The Advocate, The Examiner and The Australian all published stories on the night of December 14 based on the embargoed media release. None included comments from other perspectives.

Hobart-based members of the Tasmanian media were not given prior notification of the event.

While the announcement involved considerable fanfare, the actual agreement was not released.

Tasmanian Inquirer asked Gutwein’s media adviser at the time, Rebecca Ellston, for a copy and was directed to call the media adviser to the Federal Minister for Energy and Emissions Reduction, Angus Taylor.

Two voicemail messages to Taylor’s media adviser requesting a copy of the agreement went unanswered. So did a follow up request to Ellston.

Milne said the “favourable optics” of the signing ceremony would have been undermined if the details of the agreement had been made public at the time.

“This event was meant to make people think that the cost-sharing agreement was on track,” she said.