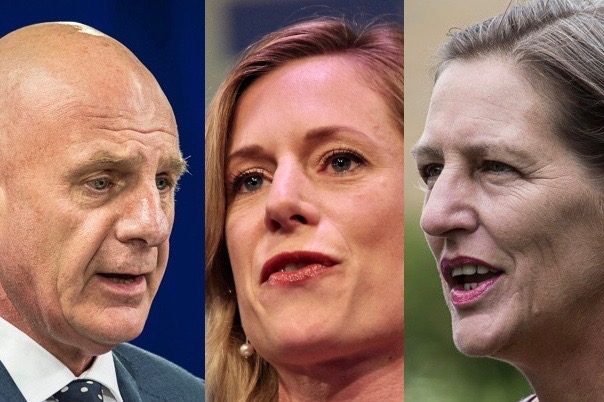 Inside story: how COVID-19 shut down Tasmania’s parliament - and whether it should have

A leading legal academic has raised concerns about excessive secrecy surrounding a taskforce appointed to advise Tasmanian Premier Peter Gutwein on the economic and social response to the COVID-19 pandemic.

With the Premier’s Economic and Social Recovery Advisory Council (PESRAC) due to submit its initial report on Monday July 20, the government has not disclosed submissions invited from selected peak bodies and other parties, released conflict-of-interest declarations from members of the nine-person council or published the minutes of its eight meetings. The council includes a number of company directors and executives.

Rick Snell, an honorary associate professor in law at the University of Tasmania (UTAS), said the level of secrecy was inappropriate.

“Whilst PESRAC may be a brilliant source of creative thinking and strategic advice, it should meet or exceed the standards we would require from a parliamentary committee or the senior executive service of the Tasmanian public service,” he said.

Parliamentary committees call for submissions prior to committee deliberations begin and hearings are public. State legislation also requires all members of parliament to submit disclosures of pecuniary and other interests for themselves and their spouse. The disclosures are made publicly available online.

PESRAC is supported by a multi-agency secretariat and consults a reference group of the secretaries of three departments: Treasury and Finance, Premier and Cabinet and State Growth.

Snell said: “The current opaqueness of PESRAC is not good enough”.

When Gutwein announced the formation of the council on April 30, he emphasised that the nine members were from “across a broad spectrum of our community”.

Members of the council include: billionaire Dale Elphinstone, who founded and is executive chairman of the mining and other heavy equipment supplier Elphinstone Group; Paul Ranson, a bank executive and the chair of business lobby group the Tasmanian Chamber of Commerce and Industry; Samantha Hogg, the chair of Tasmanian Irrigation and a director of Hydro Tasmania; Brett Torossi, tourism developer and a director of the Tourism Tasmania; Tim Gardner, executive chairman of the infrastructure development and management company Stornoway.

Other members are the Vice-Chancellor of the University of Tasmania, Professor Rufus Black; director of the East Coast Tasmania Tourism Board and former chief executive of the Tasmanian Council of Social Services, Kym Goodes; and the Commissioner for Children and Young People, and a former chief-of-staff to Deputy Premier Jeremy Rockliff, Leanne McLean.

The council is chaired by Don Challen, a former senior Treasury official who is now a senior adviser with the corporate advisory firm Flagstaff Partners.

No member of the council has expertise in public health, nor is there any representation of local councils, the third tier of government, or anyone with expertise into how the fast-changing climate will affect Tasmania. The union and environmental movements are also not represented.

Snell said “an adequate level of timely transparency” on matters such as who has been included and excluded from the targeted consultation process was essential to compensate for the small size of the council.

Conflict of interest declarations not public

Gutwein directed the council to advise on short-term measures that could address the economic and social impacts of the COVID-19 crisis if included in the state budget due later this year. He also requested the council identify “impediments to employment growth” and economic sectors in which the state “can develop a competitive and brand advantage”.

A spokesperson for the government confirmed to Tasmanian Inquirer that members of the council, who are not being paid for the time spent on PESRAC, had been required to file conflict of interest declarations.

“What undertakings have the members given that they will not take back to their organisations, businesses, friends and networks insights and early intelligence they receive - or have influence over - in the formation of government policy?” Rick Snell, honorary associate professor in law at the University of Tasmania.

However in response to questions from independent Legislative Council MP Meg Webb, Gutwein last month said each member of the council had completed a register of interests that included directorships, major shareholdings, where they were employed, entities in which they had unpaid interests and, if they operated a consulting business, the nature of the client base and work undertaken.

Gutwein said the council members were not being remunerated for their service on the taskforce but most, if not all, would have some form of financial linkage with government, whether through direct salaries or organisations they were associated with having financial relationships with the state.

He said council members were approached because of their “highly appropriate and wide-ranging backgrounds in business and in the social sectors”.

Tasmanian Inquirer does not suggest council members are conflicted, or that they have not appropriately declared their interests to the government.

Snell said the declarations should be made public.

“What undertakings have the members given that they will not take back to their organisations, businesses, friends and networks insights and early intelligence they receive - or have influence over - in the formation of government policy?” he said.

“These concerns are heightened in a period of low/minimal parliamentary scrutiny of executive action.”

Minutes of council meetings have not been disclosed on its website. A government spokesperson did not respond when asked by Tasmanian Inquirer why the minutes had not been made public.

Kate Crowley, an associate professor of public and environmental policy at UTAS, said it was important that PESRAC was both doing work and seen to be doing work that was “broadly beneficial to all Tasmanians”.

“If it is seen to be otherwise it will undo the good work the Premier has done in unifying the state,” she said.

On its website, PESRAC says it undertook “targeted consultation” with government agencies, “existing recovery networks and peak bodies” during May and June. It did not disclose who had been selected for consultation.

Snell said: “The bodies and individuals that PESRAC consults with, especially in the initial stages of its operation, confer an enormous potential advantage for those groups to have the inside and early running in shaping government policy”.

A government spokesperson said details of who had been consulted would be revealed in the council’s first report.