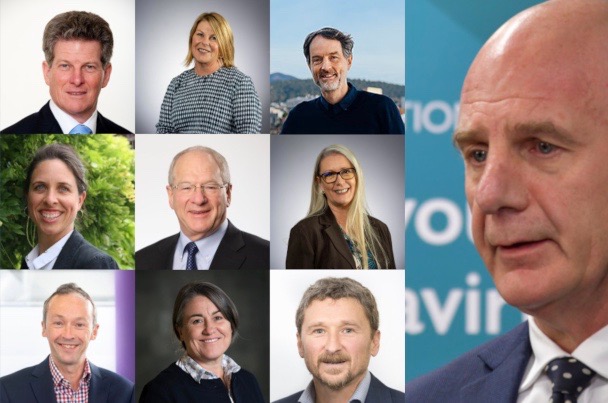 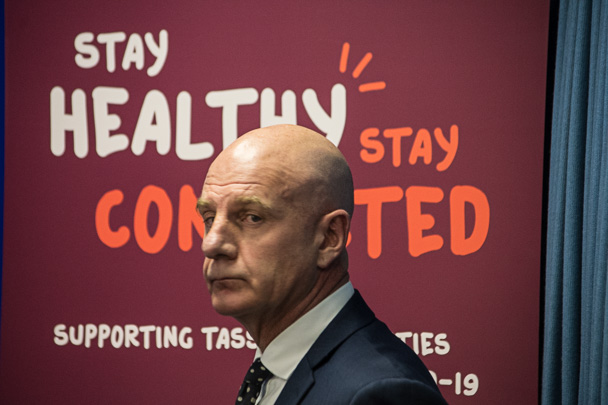 Opposition parties and an independent member of the Legislative Council have called for greater transparency of the Tasmanian Government’s COVID-19 recovery council after the chair of the group ruled out publishing conflict of interest declarations and committee minutes.

At a media conference late last week, Premier Peter Gutwein said he was satisfied the “conflict of interest matters” related to the Premier’s Economic and Social Recovery Advisory Council (PESRAC) “are being managed appropriately”, but said they were a matter for the chair, Don Challen.

In April, Gutwein announced the formation of the council which includes executives with backgrounds in mining, energy, tourism, agriculture, civil construction, community welfare and banking industries, as well as the University of Tasmania Vice-Chancellor Rufus Black.

Challen, a former senior Tasmanian Treasury official who is now a senior adviser with the corporate advisory firm Flagstaff Partners, rejected the idea that the conflict of interest declarations submitted by council members be made public.

“No, they were provided to PESRAC in confidence. The purpose of them was to give other PESRAC members comfort that they know about the affairs of their colleagues on the council. They contain information that is private to the individual. Of course I won’t be making them public,” Challen said.

Challen insisted “there is a level of transparency and a very high one amongst the council members and that is where it counts”.  He also described the group as only “an advice giving” body.

“We make no decisions about anything,” he said.

Tasmanian Inquirer does not suggest council members are conflicted, or that they have not appropriately declared their interests to the government.

The day before Gutwein’s media conference, independent Legislative Council member for Nelson, Meg Webb, asked in Parliament whether the public consultation program, which PESRAC had originally stated would occur between August and October, had actually begun.

She also sought to clarify whether the community would still have a full three months to provide input into the committee’s process as had been originally pledged.

At his media conference, Gutwein said public consultation would consist of an online survey, a series of workshops between September and November, and regional meetings in November and December. PESRAC’s final report, which is expected to lay out medium to longer term recovery proposals, is due to be completed in the first quarter of 2021.

“Tasmanians should be able to see and interrogate documentation such as meeting minutes to see how potential conflicts of interest were managed.” - Meg Webb.

Webb said the council, which Gutwein told Parliament in June was established under section 24C of the Emergency Management Act 2006, was clearly influential.

“PESRAC has a prominent and formal role in a statutory process and its members are exercising direct influence on public policy and public expenditure decisions, whether it be through their advice, reports or commentary,” she told Tasmanian Inquirer.

“Given that the members of PESRAC were appointed as captain’s picks to their influential role, it is reasonable that the Tasmanian public should have confidence in the level of probity and accountability in relation to the approach of the committee.”

Webb, who is awaiting responses on several Right-to-Information requests relating to the council, said committee members had a wide range of business interests and could potentially benefit from the committee's advice and recommendations.

“In light of this, Tasmanians should be able to see and interrogate documentation such as meeting minutes to see how potential conflicts of interest were managed and to ensure a level of accountability and transparency about the advice provided to government,” she said.

“In a practical sense, such documentation would show instances where members have stepped aside from participation in discussion, advice or decisions due to actual or perceived conflicts of interest.”

However, Challen does not support the public release of the minutes of PESRAC meetings.

Labor Leader Rebecca White said the committee “should strive to be as transparent as possible about its important work”.

“Transparency helps to build trust with and buy-in from the broader community,” she said. “There may be sensible practical reasons not to publish the full minutes of meetings to ensure that deliberations are as full and frank as possible. However, we can see no reason why conflict of interest disclosures should not be made public.”

Greens Leader Cassy O’Connor also supported greater transparency about the council’s operations. “PESRAC is not Cabinet. It’s a publicly funded advisory body making recommendations that may affect the lives of all Tasmanians,” she said.

“The minutes of its meetings, as well as written confirmation that all potential conflicts of interest have been dealt with, should be on the public record.”

“Good governments are transparent and honest. They don’t work to conceal information from the people, they have nothing to hide and work openly to instil public faith in governance.”