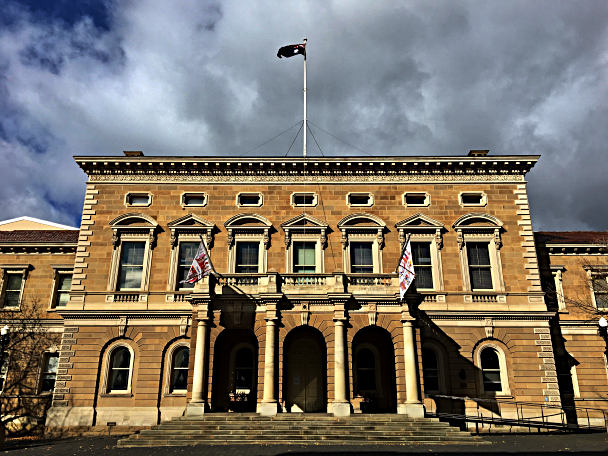 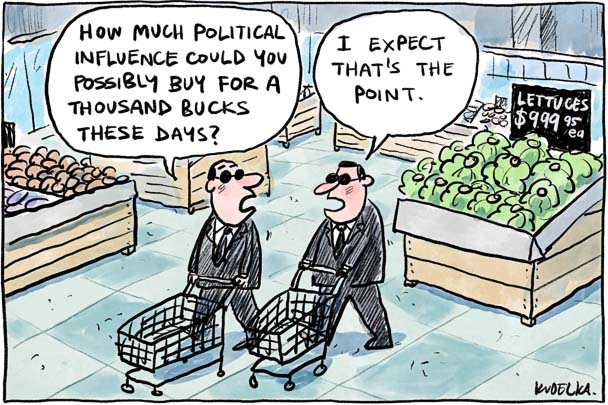 The Tasmanian government’s proposed political donation laws appear likely to be strengthened in the upper house, with opposition and independent members saying they support greater disclosure of who gives money to political parties and candidates.

The government’s Electoral Disclosure and Funding Bill 2022 requires disclosure of donors that contribute more than $5000 in a year, a threshold five times higher than recommended by the Tasmanian Integrity Commission.

With the Liberal party having only four members in the 15-seat Legislative Council – Leonie Hiscutt, Jane Howlett, Nick Duigan and Jo Palmer – the government needs the support of at least four of seven independents or all four Labor party members to get its legislation through unamended.

While the government’s bill is yet to be debated in the lower house and introduced to the Legislative Council, the broad sentiment of the independent members is in favour of far greater transparency. Ruth Forrest, the independent member for Murchison, said she believed the threshold for donation disclosure should be lower than $5000 a year.

“The legislation should be about building trust. It shouldn’t be about allowing secrecy to prevail,” she said.

“Once donations get up over $1000, that is a more serious donation, particularly in Tasmanian terms … When you put $1000 on the table, you would expect something in return.”

“Some people will say that by enacting strict disclosure, they won’t give. Well, so be it.”

The Independent member for Launceston, Rosemary Armitage, said while the bill was yet to be debated in the House of Assembly “it is important to me, and I believe the community, that donations are transparent”.

“What I can say is that I support the disclosure of all donations,” she said.

The independent member for Hobart, Rob Valentine, said at this point his view was that the bill “needs strengthening”. “The threshold certainly needs to be much lower than $5000,” he said.

“We certainly don’t want people buying influence by making donations … Some people will say that by enacting strict disclosure, they won’t give. Well, so be it.”

The independent member for Nelson, Meg Webb, made a 17-page submission on the exposure draft of the bill. She recommended eight major changes, including setting the donation disclosure threshold at $1000 and imposing a campaign spending cap. The adoption of the government’s proposed $5000 threshold, she wrote, “will immediately relegate Tasmania once again to the bottom of the performance list” compared to other states and territories.

“Our donation disclosure regime should allow the community to have the highest expectations and the greatest confidence in our democracy,” she said. “Nation-leading fairness and transparency are essential to demonstrate that community interest is placed well above vested interests and the concerns of political parties.”

Tania Rattray, the independent member for McIntyre, said: “Everyone would like to know where the funding is coming from. I don’t think I know anyone who supports parties getting donations and not having them disclosed.”

Mike Gaffney, the independent representing the seat of Mersey, said legislation to ensure transparency of political donations was “long overdue” and that after several busy weeks in parliament he was looking forward to examining the bill.

The recently-elected member for Huon, Dean Harriss, did not respond to requests for comment.

Labor’s position on the proposed changes was indicated in a submission on the exposure draft of the bill by the shadow attorney general, Ella Haddad. She backed calls for reducing the cumulative donations disclosure threshold to $1000.

A $1000 threshold also has broad support outside parliament. A Department of Justice report that reviewed public submissions on the electoral act said: “A threshold of $1,000 would be in line with the majority of submitters to the review as well as the general trend in other jurisdictions.”

Support for a campaign spending cap and public funding

A key element of the government’s bill is a proposal to retain the campaign spending cap for the Legislative Council, but not introduce one for House of Assembly elections.

When unveiling the draft legislation back in February 2020, Attorney-General Elise Archer said there was “insufficient evidence to determine whether caps are genuinely needed” and they could be “dealt with at a later stage”.

Forrest said she was not persuaded. “I think it is better to do it at the outset rather than have to come back and do it because it won’t be until you have had one or two elections that you will have an indication of whether it is necessary to do it or not and that is a long way down the track,” she said.

“I would ask what is there to lose by doing it now except perhaps levelling the playing field a bit and avoiding the massive spending campaigns we saw in the federal election campaign?”

Rattray and Valentine said they supported the extension of the spending cap to the lower house.

The Labor Party has also supported the introduction of a campaign spending cap, but its proposed amendments have not yet been made public.

In 2020, a Labor Party bill proposed candidates backed by a political party could spend up to $100,000, and parties spend a further $40,000 per candidate up to a maximum of 25 candidates, setting a party spending limit of $1 million. After an initial debate on the bill in the lower house, the bill lapsed before it was voted on.

Valentine said “a $100,000 limit with party spending on top, or even $50,000, is ridiculous”. “The person in the street needs to have the opportunity to stand, and my feeling is that a spending cap needs to be within reach for any person who wants to put their hand up,” he said.

Asked why the government has chosen a $5000 disclosure threshold over the $1000 level recommended by the Integrity Commission, Archer told Tasmanian Inquirer: “Our threshold is the same as South Australia, so we are not the only jurisdiction proposing that”.

South Australia’s electoral law was amended in 2015 to set the donations disclosure threshold at $5000, but indexed to increase each year. It is currently $5,576, the highest of any state-based scheme. The latest data indicates the origin of almost three-quarters of revenue to the South Australian Liberal party remains unknown.

The state’s political donations law may face an overhaul before Tasmania’s proposed legislation comes into effect with Premier Peter Malinauskas saying he wanted the March 2022 campaign “to be the last state election where private money plays any role”.

Archer tabled the o electoral reform bills in the House of Assembly at the end of May. She confirmed debate has now been deferred. “They will be dealt with I think later this year, but it is up to the government’s scheduling,” she said.